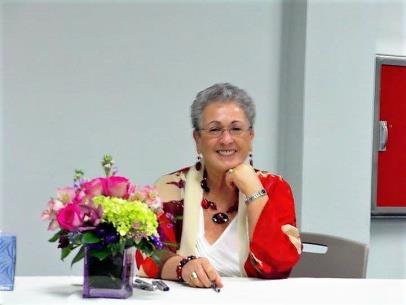 The causes of infidelity are both personal and cultural. Traditional marriage defined the roles of men and women once they tie the knot, but after WW11 that all began to change. During the war, women went back to work and never left the workplace; they had more money and expanded responsibilities. Women began entering universities in record numbers and graduating with advanced degrees.

The feminist movement began changing the way women viewed themselves, the men they loved, and marriage. Men on the other hand have been left to figure out what feminism means to them. There wasn't a men's movement to show them the ways of modern marriage. This cultural shift meant marriage would never be the same! It demanded more friendship and cooperation than the role conformity of traditional marriages. A different kind of interdependency that relied on friendship and co-operation was created out of necessity.

Women want equality in marriage, and men don’t know how to give it to them! The rules have changed without the approval, involvement or permission of men. When she wants him to do the laundry, he wonders why she’s so demanding and incompetent. She wonders why he’s selfish. The psychological divide between men and women caused by cultural changes has never been so obvious. Contemporary men are looking for ways to preserve the male privilege they feel entitled to enjoy. Those cultural privileges are part of a manhood they may not be ready to compromise.

The cultural endowments of masculinity are:

The great escape for the modern man is the internet! It puts at his fingertips a world of opportunity! He can image a life of separateness in his own home, on lunch break, or just before crawling into bed with his wife. He can pretend to be in love, but doesn’t have to bother with interpersonal drama. He sees the Feminist Movement as a conspiracy against his masculine privilege.

His mother too wanted too much from him. She wanted him to be the man his father wasn't. If his father was absent, he felt like he should take his place. If his father makes brief appearances, he reminds him that his dick is his liberator. When he begins to use it, he discovers what an aphrodisiac it is. With himself, with pictures, with others...he is hooked! To feel this good with minimal human drama is the way to go! And so he learns the split between sex and sexuality. He learns the art of being present but not internalizing the presence of others. He becomes artful of making himself too busy to have time for the parts of love he finds boring. At home he wants to belong, but feels like a fish out of water because he doesn't identify with what needs to happen there. Culture prepared him to be a visitor, not a participant, in love and family.

Why do women want to escape the constriction of traditional marriage… if they have the time? Being degreed in the workplace where they are pursued and exposed to many people, expands a woman’s choices. Like her male counterpart, money may give her the right and freedom to explore an outside relationship. The internet makes that escape and rebellion possible by presenting the hidden fruits of sexual desire. The mundane aspects of her life, what Betty Friedan called “the problem with no name,” justifies seeking a man who has time to listen and have sex without complication. Like her male partner, she may call it liberation! Feminism has shifted her moral compass to include equality on every level. What she gets from an outside male lover is what she idealized from the man she lives with.

If she was sexually abused, she may be confused about love and her identity. The sexualization of her life predicts this confusion. As a sexual initiator, she is a woman in control of men; in this way, the victim becomes victorious! Though the cultural double standards will judge her infidelity more harshly, she takes the risk and enjoys this ultimate act of rebellion. If she is in a consensual non-monogamous relationship, her male lover may never want to hear about her exploits, because it indicates his inadequacies.

Men and women are struggling with what it means to be married. Are loyalty and monogamy the same? Are friendship and interdependency abolishing masculinity?
How can marriage continue to be exciting with the same persons involved? More marriages are ending, but those same partners are looking for a fresh start.

We are a culture that believes in love. We simply have to learn how to be better lovers. We have to understand the difference between sex and love. The capacity and willingness to create and maintain intimacy determines our marital survival. What makes intimacy so challenging is that it never stops challenging us, and sex never stops lying to us.

My next articles will discuss what can be done to prevent, heal, and grow from infidelity.